A Tribute To B-Boy Ken Swift, The Epitome 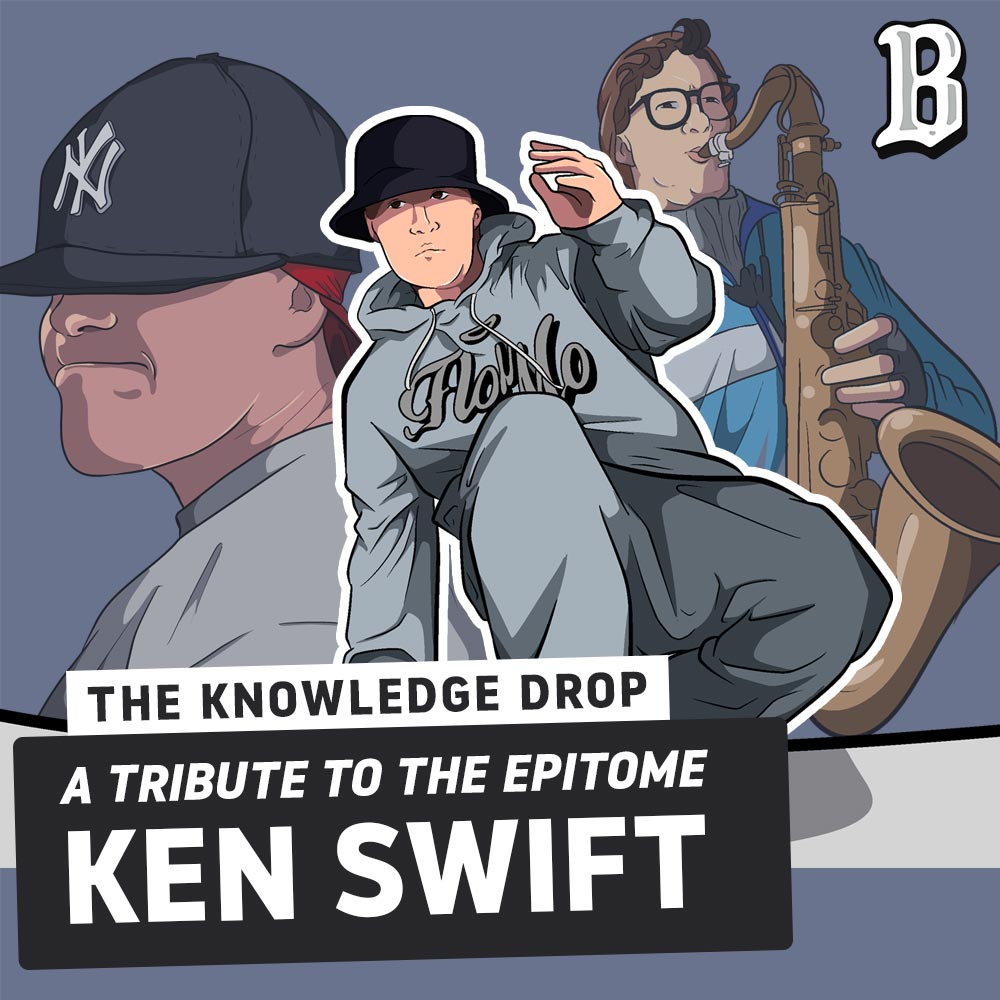 This week’s Knowledge Drop is a little different. To honor the legendary Ken Swift’s career and huge contributions to the scene since he started in the late 70’s, I filmed a remake of his classic Graffiti Wall of Fame scene.

This specific scene on The Epitome vol 2 tape has defined the term bboy for over 2 decades, the style, the flavor, the fashion and the finesse. The freshest rounds of footwork on concrete next to the kings on the wall in Harlem.

I visited the Wall of Fame in 2005 while in New York and got chills. Somehow, I wanted pass that inspiration on to the new generation.

So over two years ago, I decided that as a tribute to Kenny, the scene should be refilmed. I hit up my favourite DJ, Skeme Richards (@skemerichards) to mix the Blow Your Head track again for it.

But I wanted to use the version with only the break, and add a new twist to it. Next step was connecting with Helsinki’s own Joose Kyyrö (@houseofjoose) from the infamous Funky Sound Foundation band, to play a live saxophone over the JB’s classic song.

The final piece was still missing. We didn’t have murals the size and quality of Harlem back then. I went to see all the legal walls we had but the size didn’t compare to the original one. So this had to wait.

Luckily, this year Jani Tolin (@janitolin) from the Flow Mo Crew ended up doing a huge mural close to where I live. It was perfect.

With the filming and editing of Jeniwai Skitsoflex Crew (@jeniwai_skitsoflex), we rocked the tribute to a legend. Despite of the leaning concrete and a 9 degree Celcius Autumn weather, after two years we finally got it done.

Sincere thank you to everyone involved making the project reality.

Let me know how you like it, and if you’ve seen the original one already in the comments.