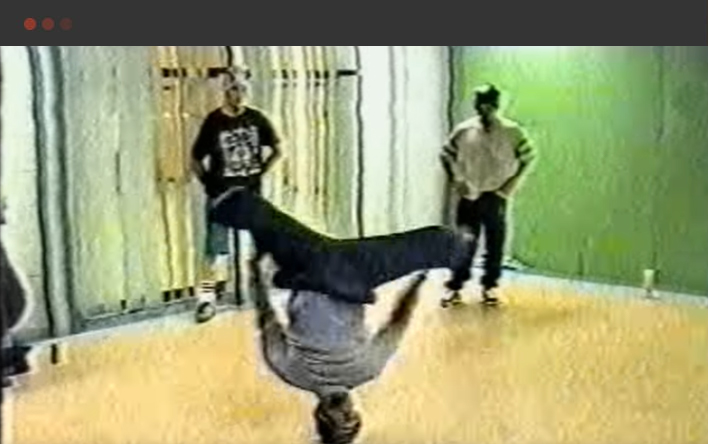 Evo has been an inspiration to so many B-Boys, and if you’ve never seen him, or never seen B-Boying at its best watch this movie.

In the late 1980’s B-boying faded out of Britain in a haze of inglorious mediocrity. A few battle hardy teenagers kept a torch burning into the 1990’s, awaiting the opportunity to shine once more.

Amongst such legends as Street Machine, and alongside the mythical Storm and Swiftrock, a humble, quietly spoken B-boy emerged and so began the revolution. Evo obliterated his opponents with a mixture of style, musicality and incredible power. He won three world titles and the reputation of British B-boying was taken to a new level.