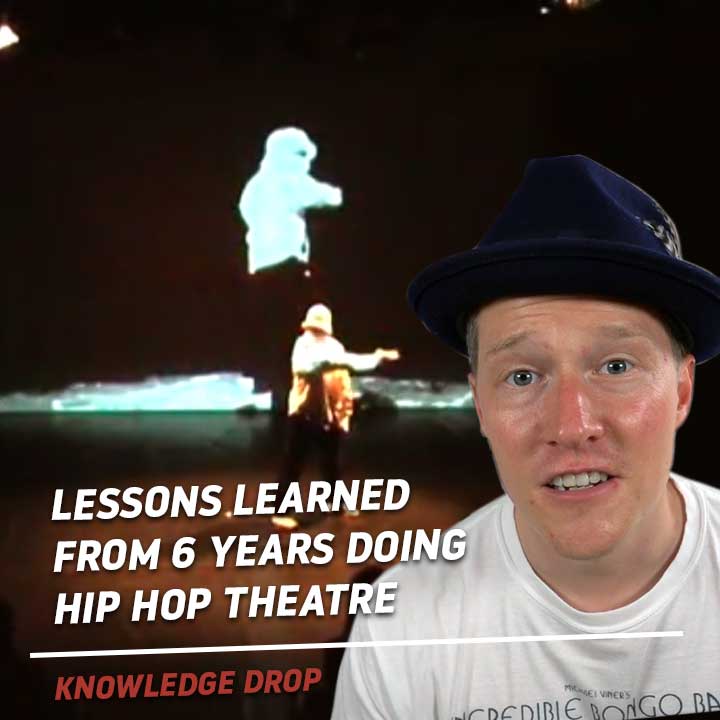 Back in 2000, I had done my first solo Hip Hop dance performance in a black box theatre.

You might not believe it, but Flow Mo crew actually started from an early collabo between two crews to perform in one of Finland’s early, experimental festivals that bridged the Hip Hop world with the theatre world.

As I see Hip Hop theatre becoming bigger and bigger here in Europe, if you’ve ever thought about doing that for yourself, I share with you the three biggest lessons I learned from six years of touring and creating shows.

Check it out in today’s Knowledge Drop:

Want to influence our research at Cornell Hip Hop Collection?