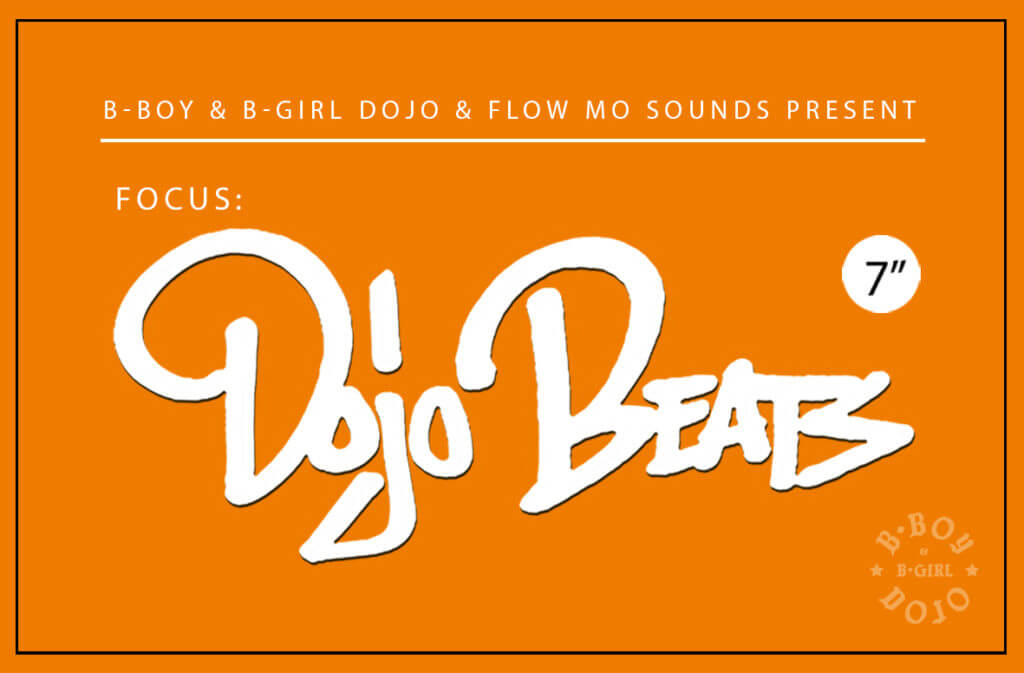 Interesting times because our first music release on vinyl is here. The Dojo Beats 7” vinyl record has been released! Read the story below, maybe you learn a thing or two at the same time.

Let’s take it back to early 2015. Me and AT we had made a decision to start working on opening up the B-Boy & B-Girl Dojo to collect our experience and knowledge of breaking in one place. We were already writing the script for it all, all we needed was some funky music to get down to on the tutorials.

I had been messing around with music production for the last 5 years or so. So I took the challenge and said to AT “Give me a couple of weekend and I’ll make it happen”. She was touring a lot that time and I had a little quiet time at home so why not use it productively.

After couple of weekends and a little whiskey there we had it, the Dojo Beats EP. Seven tracks we would later use for all of the Dojo’s tutorials. Check them out over here: https://bboydojo.bandcamp.com/album/dojo-beats-7

Naming the songs was part of the fun, here are a few examples:

Be the Drums with the grimy bass line became my favourite. It’s a mantra AT uses before battles so the tittle fit the funky tune with the heavy drums as well. Anyone who ever took our workshops knows we teach and talk a lot about the whip in footwork. So Grand Master Whip was a perfect name for the next funky track. Master the One was named after an exercise with the same name it was made for. I needed a little slower beat to explain the basic grooves of top rock, that’s where Head Nod Bounce Rock got it’s name.

Since the beats were open to public they started living their own life. We started getting clips of people training to them in places like Mexico, Spain and Taiwan. They gathered 15k listens on Soundcloud and over 30k on youtube. So this year we thought what the heck, let’s put them out on a limited edition vinyl while we’re at it.

I contacted Timmion Records, the notorious funk label and the only vinyl cutting laboratory in Finland. They were down to help out so we met up. We cut the first test piece of the record on dubplate (an acetate record people use for single cut records that lasts around 50 playback) with their Neumann VMS-70, nearly 50 years old badass vinyl cutting machine. After testing it and playing it in club Kuudes Linja with a booming sound system I gave them a heads up and the next copy, the master copy was sent to Germany. They manufactured 100 copies of the first Focus Flow Mo Sounds / Dojo Productions vinyl, the Dojo Beats 7”.

Imagine the feeling you get dropping the needle for the first time on your first vinyl, priceless. The first press fit 5 of the song (since 7” duration is limited to 4 minutes per side) and has now arrived. In case you want a copy order one at our bandcamp page or see me on tour with a backpack.The first press will sell out, I’ve already sold half.