The True Importance of Teaching 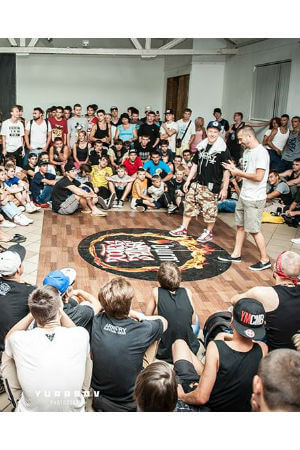 In the scene we have many approached to teaching. A lot breakers teach but with very different motives. Many people do it to get extra cash which is cool. But as a result they often don’t put their heart in it and eventually end up hating the job.

We’ve all heard the “I can’t stand the kids on my class for not listening” rant.

When I started to break there was no scene in the whole country. My teacher was Mikko Ahlgren, an 80’s b-boy with a great passion to share and teach.

Mikko had strong reasons for this passion. He had witnessed the whole scene around him disappear when everybody quit mid to late 80’s. So Mikko thought well if there’s nobody to dance with at least I will keep teaching so maybe one day there be more again. The mission of his work was honest and straight from the heart.

Mikko kept teaching for years. A lot of people gave it a try but didn’t think breaking was cool because there was nobody doing it. But eventually there were a few who always showed up again and never missed a session.

These were the kids that I looked up to in school. The ones who told me “Mikko is the man if you want to learn what we do”. And soon I was hooked too.

You see, the thing is that the learning in breaking is nearly always done person to person. The stories and history are still verbal. If we don’t pass them on eventually they’ll die out and in that case so does the scene. We owe it to the people who taught us, to pass on what we learned from them and also mention their names in the process (Yes Poe, I have apologized for not mentioning you on my first DVD besides the credit, lesson learned :D).

I genuinely believe that teaching can make the teacher a better person as well. Giving is one of the greatest joys in life that according to the studies will make people happier.

Teaching a move and telling the story behind it helps you to digest and process the information and turn it into knowledge. So at the same time as you teach you learn and understand it even better YOURSELF.

The more heart and passion you put into it the more rewarding it is to you as well. You’ll simply have more fun. Ain’t that a win win situation.

So imagine if Mikko wouldn’t have made the DECISION to keep teaching even though times were tough and there was nobody around to break with. I wouldn’t have gotten deep into breaking and wouldn’t be here writing this letter to you. And hundreds, if not thousands, of other people wouldn’t have had their first touch in breaking and hip hop culture.

A simple thing like teaching a class can truly change lives. Teaching is the best thing you can do for your local scene.

So this week! Teach a move to somebody you know. It doesn’t have to be anything special, a quick knee drop or so will do. Who knows, maybe that will spark a fire that will start a hundred others.

The Worst I Ever Got Smoked