Why Biting is Dead 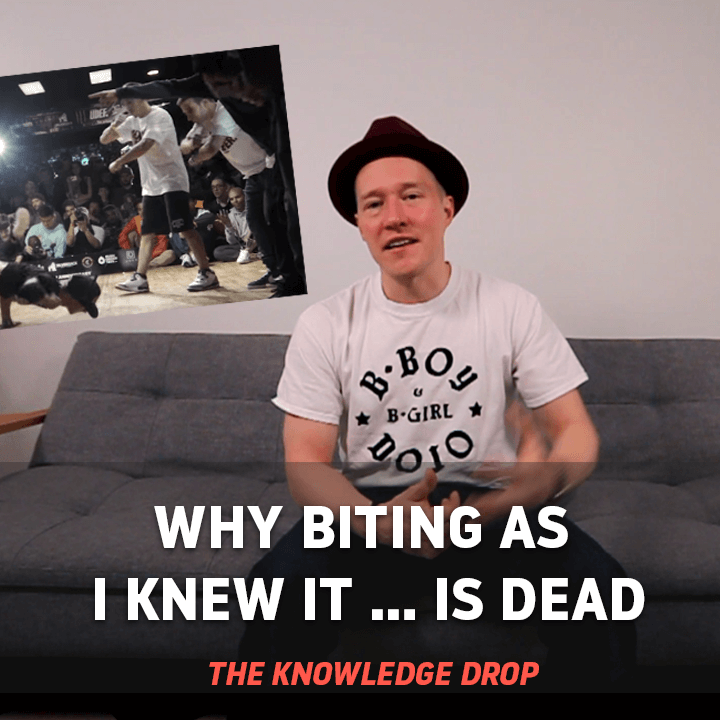 A lot has changed since I started breaking two and a half decades ago.

I’m sure you’ve heard stories from older generation b-boys & b-girls talking about waiting for a year after a jam for the VHS tape to be released, and then only being able to watch a copy of a copy months later.

What that meant, is it took a while for moves to become universal moves. We look at the basics, the foundation, those used to all be original moves in the beginning.

So when we saw someone do a crazy move or style, it was clear, that was his or her move. Anyone else would be biting.

But when the internet came around, suddenly things became a lot less clear.

When can we call a move “universal” and when is it still a bite?

Get my thoughts in today’s Knowledge Drop!

I Ask B-Boy Machine How He Stays Motivated

The Truth about Foundation for B-Boys and B-Girls