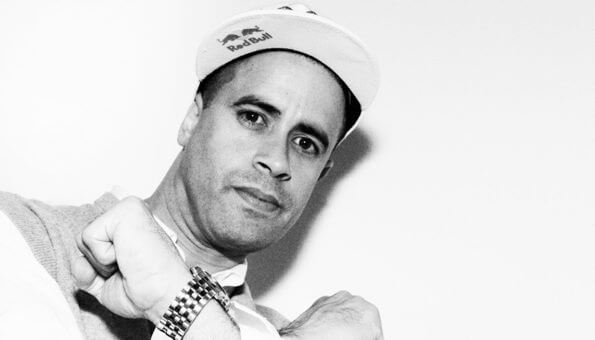 A lot of good feedback on the backspin blog so let’s keep it going.

Another very significant move for breaking that was created by accident is what’s today known as the windmill. But it wasn’t originally called the windmill but something else.

Crazy Legs of the Rock Steady Crew, was interviewed for the topic for London Real web tv with Brian Rose. See the full interview HERE.

Here’s how Legs described the early years of working on the backspin:

“By the time 1979 came around I was already getting much better. I had evolved the backspin from spinning maybe 2-3 times around (and if you’re small enough you spun more) but I added a whipping motion with my leg. And because I added the plant (elbow tucked under your waist) that you would do in a chair freeze and a way to whip around. It created what was called the whip backspin, where you could whip your legs around and the ball up and the spin faster and spin more. That was the beginning of power.”

When asked how did he come up with that Legs’ answer is simple:

“Accident, complete accident. I over-rotated when I was going to a chair freeze. It was on Crotona Avenue. When I was practising in a small hallway, I didn’t want my feet to hit the sides of the walls. So I balled up immediately. I didn’t really realise what I was doing, it was more defensive trying to protect myself… And then that eventually evolved into what people call the windmill, but originally called the continuous backspin.”

What was always interesting to me personally was how did the moves before universal so quick. How did a move like the windmill become a standard for everyone so fast even tough biting was always a big issue in hip hop. Here’s how Legs speaks on the topic on the interview:

“The thing with stealing moves, it was legal back then. But since there was so few moves, it was very obvious to someone who was stealing your move. So what you wanted to do was steal a move and then re-create it. So that people could look at it and say “oh yeah that’s the Jimmy-D swipes or that’s the Crazy Legs backspin”. There was something significant about it that identified you with the person…

Then you have to realise that if it’s done widely enough it just becomes part of the vocabulary of the foundation. And then you just have to submit and take pride that you’d contributed to the foundation of the dance.”

So eventually leaving your own mark by adding a personal twist was the case. Learn the foundation and flip it!

Shout out and respect to Crazy Legs for doing his thing back then and throughout all the years, and most of all still being active in the game. Check out his rounds from RF Jam two weeks ago.

Which move’s history would you like to be broken down? Let us know and hopefully we can make it happen.

When Up-And-Comers Take On Legendary Crews

Starting a hip hop related company – what does it take?